He may not be a 20-year-old millionaire from the Silicon Valley, but Sir Alex Ferguson is definitely a leader worth studying. For over 25 years, he was the man behind Manchester United’ triumph, which made the world recognize him as the most successful football manager in British history. 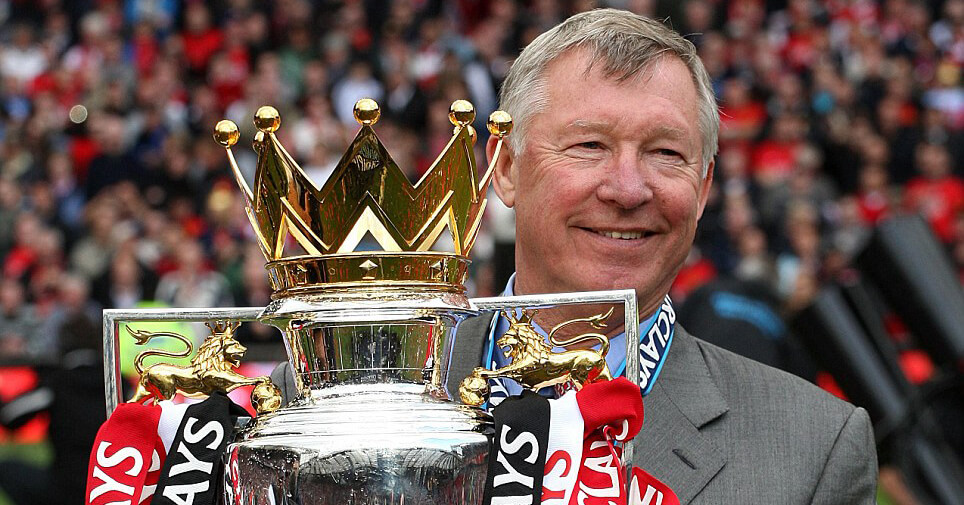 Following his recent retirement, Sir Alex Ferguson turned to a new “career”, this time in academics. In 2012, Harvard Business School professor Anita Elberse examined Ferguson’s management approach and developed a case study around it. Since then, Ferguson has started coaching a new type of player: managers, team leaders, students and even academicians.

As the UEFA EURO 2016 has just started, we thought we’d pay a tribute to Sir Alex Ferguson’s legendary leadership skills by collecting some of his most inspiring words of wisdom.

2. “You can’t aspire to be loved, because that isn’t going to happen, nor do you want people to be frightened of you. Stay somewhere in the middle and have them respect and trust and see you as fair.” [Source]

3. “You can’t ever lose control – not when you are dealing with 30 top professionals who are all millionaires. If they misbehave, we fine them, but we keep it indoors. And if anyone steps out of my control, that’s them dead.” [Source]

4. “I like to tell different stories, and use my imagination. But generally, it is about our expectations, their belief in themselves, and their trust in each other.” [Source]

5. “The experience of defeat, or more particularly the manner in which a leader reacts to it, is an essential part of what makes a winner.” [Source]

6. “I’m going to tell you the story about the geese which fly 5,000 miles from Canada to France. They fly in V-formation but the second ones don’t fly. They’re the subs for the first ones. And then the second ones take over – so it’s teamwork.” [Source]

7. “I tell the players that the bus is moving. This club has to progress. And the bus wouldn’t wait for them. I tell them to get on board.” [Source]

8. “Only true champions come out and show their worth after defeat- and I expect us to do that” [Source]

9. “Too many managers talk too much. The two most important words for a player, or for any human being, there is nothing better than hearing “Well done.” And few reprimands are as powerful as silence.” [Source]

10. “You can’t always come in shouting and screaming. That doesn’t work. No one likes to get criticized. But in the football dressing room, it’s necessary that you point out your players’ mistakes. I do it right after the game. I don’t wait until Monday, I do it, and it’s finished. I’m on to the next match. There is no point in criticizing a player forever.” [Source]

To learn more about his way with the players, watch this amazing documentary brought by BBC: Sir Alex Ferguson: Secrets of Success