A lot of articles out there talk about introverts and extroverts. As well as how to deal with their personality traits. However, they hardly provide clarity as to what it means to be introverted or extroverted. Or what managers should do to accommodate such variation within any team. Since this a common issue, we decided to explore it. And also offer some tips.  You will better understand what introversion and extroversion entail at team level. Furthermore, how to deal with conflicts fueled by such differences. 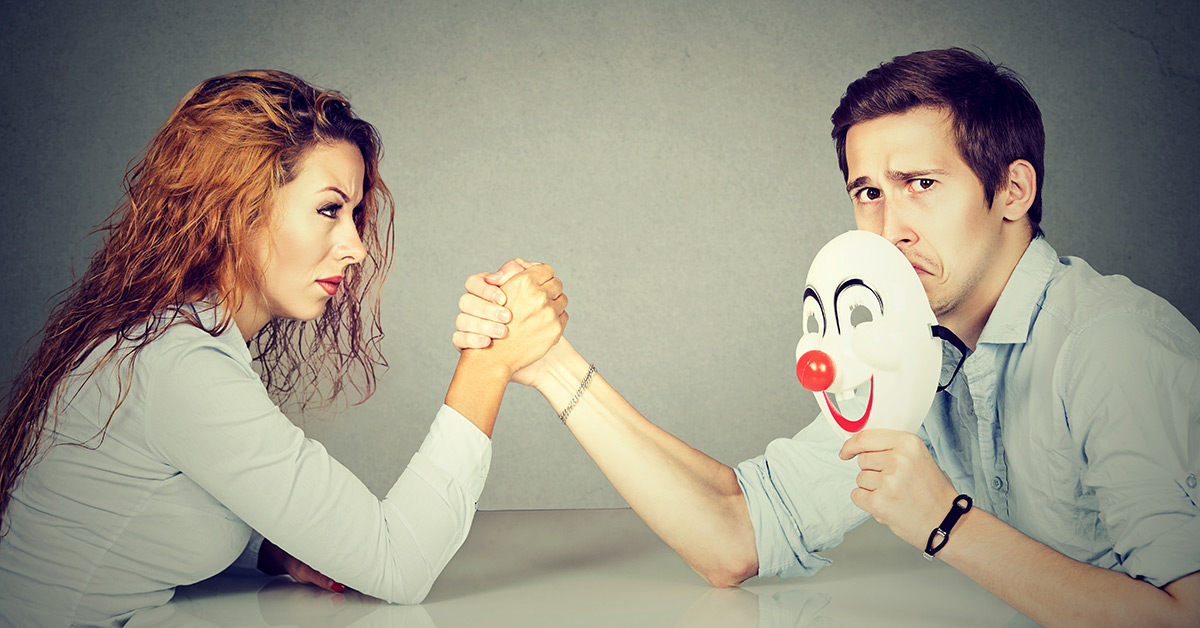 Variations in personality traits affect the way people interact. This applies in work-related matters, socially, and interpersonally. People can collaborate successfully, or they may easily end up in conflictual situations. Ones in which there are no real winners. It would be trivial to assume that it’s all a matter of case-to-case compatibility. Instead, we should draw from all that we can know about human behavior.

Personality traits are sets of characteristics. Those that are consistent across a multitude of contexts and behaviors. Moreover, they are constant over great intervals of time. In a sense, they are presets or modes for behaviors.

In theoretical models of personality, traits are attributes. Their configuration defines a certain predisposition, which can differentiate the individual as unique. Personality and its variation among individuals are studied by using models. There are many models.  All agree on the existence of a particular trait: the extroversion-introversion dimension.

One would expect that this particular trait would be rigorously defined; it is not. Psychology describes extroversion as a tendency to be communicative, outgoing, gregarious even. Introversion is, conversely, a tendency towards being reserved, timid, and solitary. Either way, it’s all debatable.

We have neurological insights. We now know that introverts and extroverts have different cerebral blood flows . To rephrase, the difference is how brain areas “light up”. Yet, this could mean a lot of things, really. One thing we speculate is that introverts and extroverts have different brain physiologies. Twin studies also suggest that there is a strong genetic component.  That you are, to a great extent, born introverted or extroverted.

One study correlates how you salivate to lemons and your personality. This is because, apparently, introverts are more excitable than extroverts. This is why they need more space and are more withdrawn. Extroverts, on the other hand, have a higher threshold for excitement. Which is why they seek it out – are less sensible to stimuli. But what does it all really mean?

Classifying people into introverts and extroverts is a convenient dichotomy. One that offers a pretext to “pixelate” reality to our level of perception. When we force models and paradigms on situations, we make erroneous interpretations. And decisions that, in effect, benefit no one. Comically, it’s much like trying to push a square into a circle. It fits only if you focus on what fits.

The distribution of introverts and extroverts is not bimodal. But rather very closely follows the normal distribution. This means that the introverted-extroverted trait is a spectrum rather than a polarity. It also means that things are relative, group-wise.

In reality, team members might even perceive the most “introverted” person as talkative. Perhaps even as highly energetic and outgoing person in a group of Java developers.

The explanation is simple. Take a group of people and measure their heights (or mostly anything else, really). You will notice that some are relatively tall, some are relatively not tall, and most are average. Charting this out and the result is a graph that’s similar to the normal distribution. In fact, even more so, the larger the group.

Comparing the most introverted salesman to the most extraverted coder is ridiculous. It’s the same as comparing the shortest pro basketball player to the tallest female gymnast.

Comparing extremes, however, is very interesting. It also creates a very distorted image of reality. Particularly when it comes under the form of “quick hacks”. Or “how to” or other, more or less sensational quackeries. The issue here is that most people fall closer to an “average”, or “ambiversion”. Explicitly, a balanced mixed of introverted and extroverted elements.

Plenty of articles make a case as to how the modern workplace is set up with the more sociable in mind. This significantly affects introverts. They find themselves brutally cut from creativity and productivity by the noisy extroverts. Hence, they feel severely impaired in their ability to develop relations and communicate.

However, this is a fallacy. It reduces “extroverts” to noisy, obnoxious bullies, and introverts to helpless, incapable victims. In reality, you’re dealing with highly educated and talented adults. Ones that have different communication style. And different requirements related to personal space.

To be fair, meetings have 30% of the participants doing more than 70% of the discussion. How would it work otherwise? Conversations are not possible in groups larger than 3 persons. From 3 people upwards, the “discussion” cannot be anything else but a monologue.

Imagine your team gathers to discuss on a particular topic. Suppose you want to give everyone in the team “x” minutes to talk on that topic. The larger your team, the quicker is topic exhaustion.  The essentials on any topic covered by the first speakers. If you try this, you’ll see there’s a point at which everything becomes redundant. After a while, it feels like everything has already been said.

Sure, it’s always the “usual suspects” that are in those 30% that always have something to share. That’s fine. You don’t need to make everyone talk. Instead, create an outlet through which everyone can express their point of view. In truth, you could do a great deal more. And improve on empowering team members through effective communications.

To create a balance between introverts and extroverts, simple is best. Hence, you should try putting in place this simple strategy: